Australian Prime Minister Julia Gillard awarded the top university students from Australia, Asia and the Pacific with the Prime Minister’s Australia Award in December last year. 40 Australian and 50 international students had the opportunity to immerse themselves in the academic and social culture of their host country through research, study and work placements, including internship placements for some award holders. The Award ceremony took place at The National Gallery of Australia in Canberra. Elite Sound and Lighting were appointed to supply the production of this high profile event, supplying lighting, audio and video technology for the ceremony. 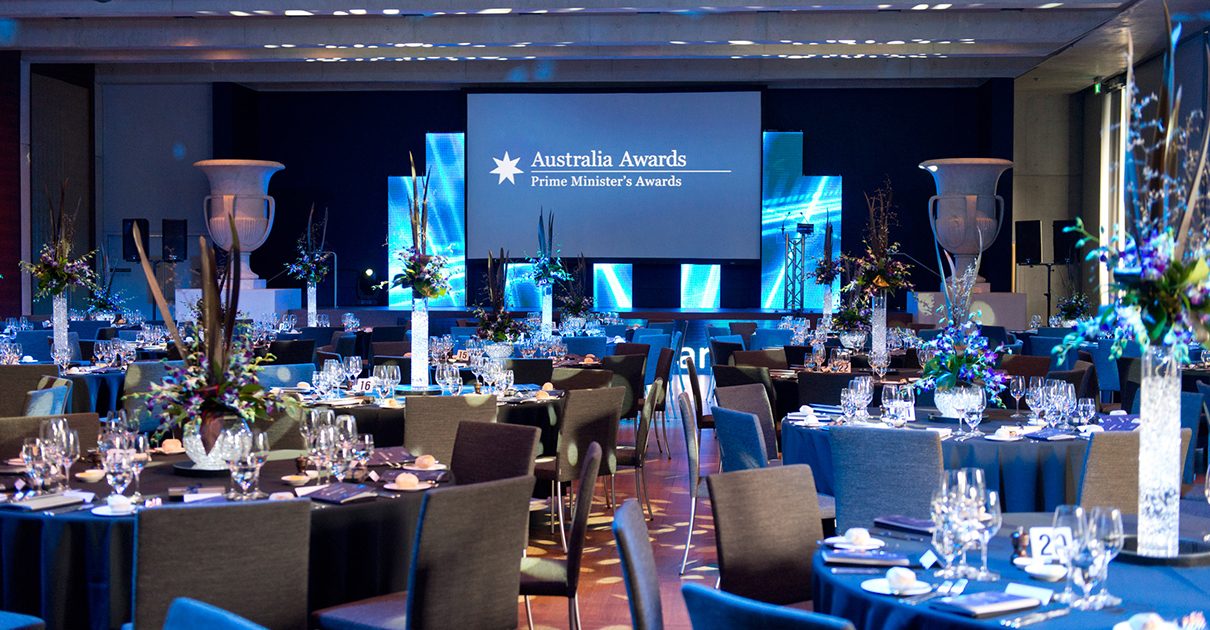 Darren Russell, MD of Elite Sound and Lighting, had his skilled crew behind the production of the evening. The inventory used in the event consisted of LED screens – Vuepix L10 & Vuepix E12 series – for the main visual effects. 17 x Vuepix L Series panels accompanied the main projection screen on the stage, providing abstract visual elements during the presentations. The Vuepix E 12 panels (15 in total) were below the stage as a fascia for additional graphics.

The Prime Minister’s Pacific Australia Awards (PMPA Awards) is a program funded by the Australian Federal Government that gives awardees the opportunity to undertake a practical work placement to gain experience and insight into the daily management of an Australian business organisation. The Awards expand the academic experience gained by postgraduate awardees of the Australian Development Scholarships (ADS) and Australian Leadership Award Scholarships (ALAS) programs. This year’s awardees are studying and working in the areas of health, education, food security, infrastructure, mining, trade, climate change, environment, governance and social development. 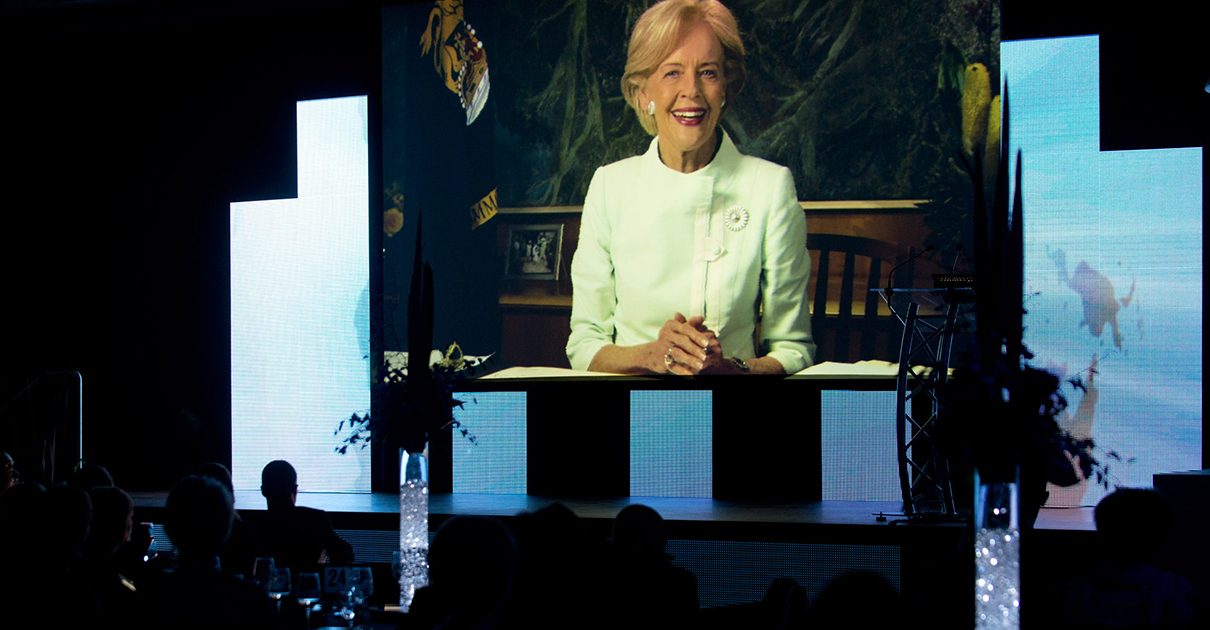