A unique concert event featuring songs from their recent mini album ‘The Makarrata’ as well as their iconic Songs of Reconciliation took place at Stage 88 in Commonwealth park.

The EET team set up two large format VuePix Infiled screens on each side of the stage. The 3m high x 5.5m wide screens, consisting of VuePix ER4.6 series panels, were used as IMAG LED screens during the event, both for the powerfull performance of Midnight Oil, as well as for their special supporting acts from Dan Sultan & Leah Flanagan. The screens were also used for media server content throughout the show with links to The Makarrata project.

The screens were part of a complete video, staging and rigging package supplied by EET. 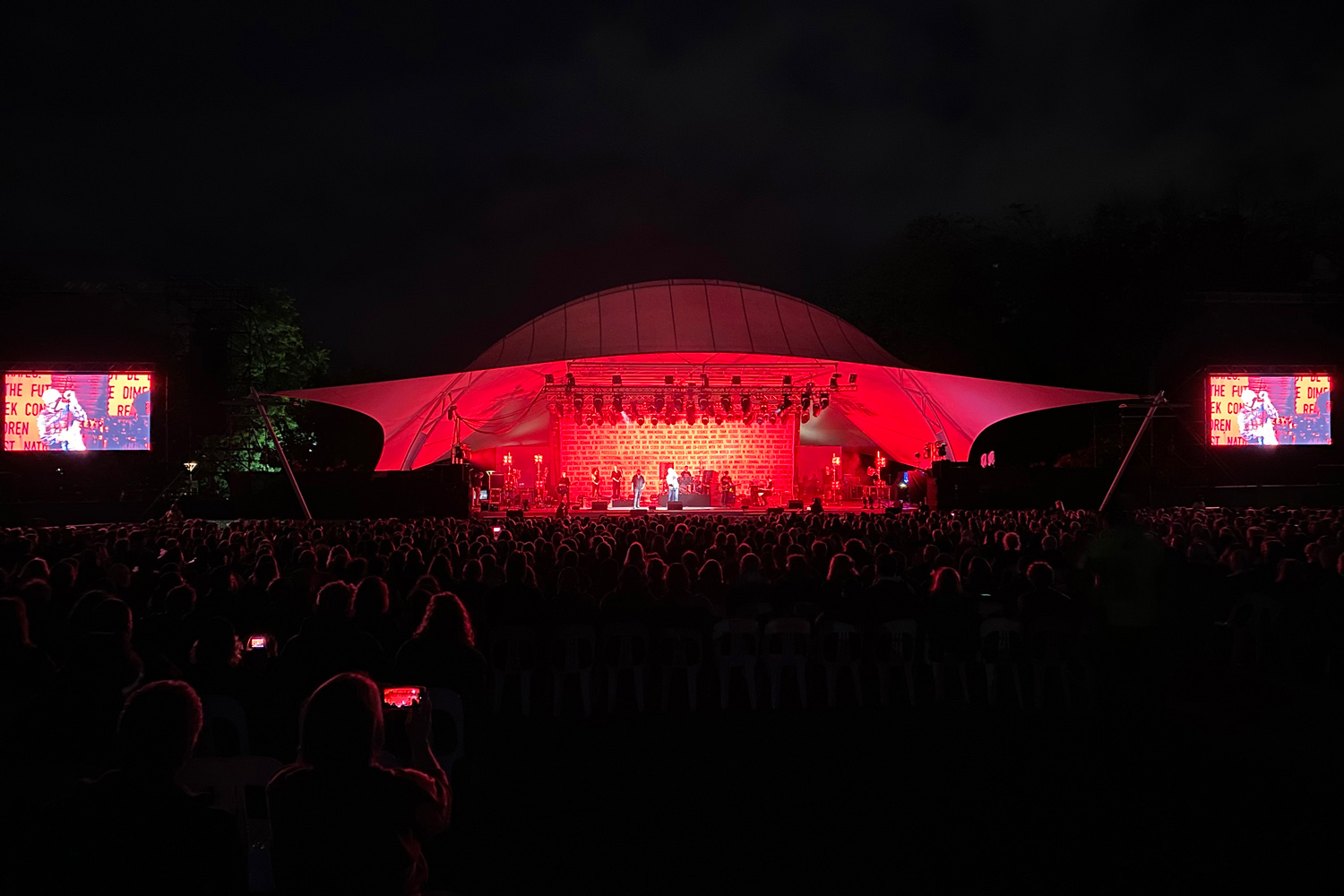