The LED Screen installed by VUEPIX is positioned on the corridor that joins the two residential towers on the 4th floor facing the piazza area of Circle on Cavill.

END_OF_DOCUMENT_TOKEN_TO_BE_REPLACED

MGG Productions have been working together with lighting designer Joshua Cutts from Visual Frontier on the new production of Gospel Skouspel at the end of last year. Gospel Skouspel 2016 took place at the Moreleta Park Auditorium in Pretoria and at the Grand West Arena in Cape Town, South Africa.

END_OF_DOCUMENT_TOKEN_TO_BE_REPLACED 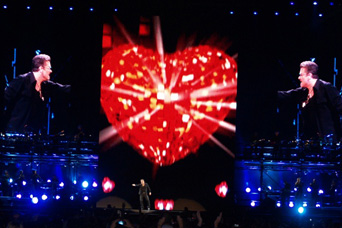 Late February 2010, George Michael hit Australian shores for the first time since 1998. Known for being a consummate performer, not only did he deliver and a great performance, but a stunning stage setup with massive LED screens for his fans that have waited 22 years to see him perform in Australia.

VuePix® P18 LED Mesh Panels were used extensively on stage for additional graphics to be streamed from the main screen. Four screens comprising forty Panels each, 4 Wide x 10 High, two of the screens being above the band on either side of the stage, and the other two were positioned out wide, facing out providing visuals for the audience at the sides of the stadium.

The popular panels VuePix® LED Mesh panels have been used extensively on some of the biggest events, tour and television shows to great effect. The VuePix® P18 LED Mesh Panel continues to be a success with wide usage from touring productions such as George Michael, Powder Finger and many trade events.

With a demanding tour date schedule, VuePix ® P18 was ideal – not only great visual performance, but the innovative VuePix® LED Mesh system making assembly/set up and breakdown extremely fast and easy.

George Michael has enjoyed one of the most successful and enduring careers in the history of pop music, selling more than 100 million records globally and encompassing six US No. 1 singles, a Grammy award, three American Music Awards, an MTV Video Music Award and two prestigious Ivor Novello awards for song writing. His record “Faith” has sold over 20 million copies alone. 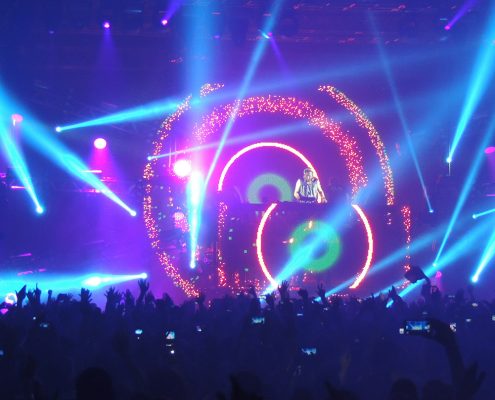 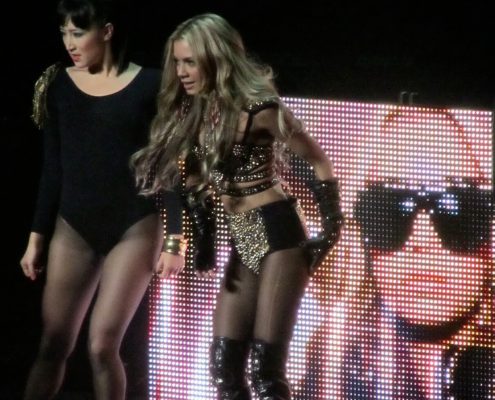