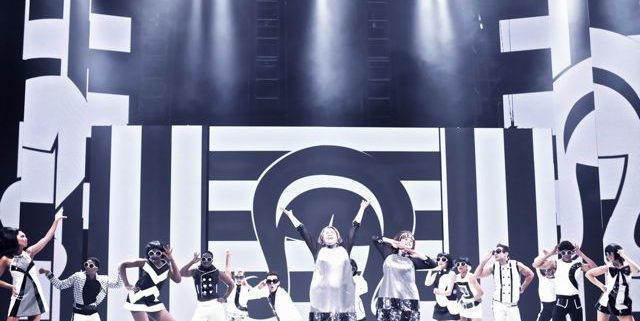 Bytecraft Entertainment supplied over 96 VuePix P6 LED panels to the much hyped Australian production of Hairspray which was showing at Melbourne’s Princess Theatre.

This show has big everything – big hair, big voices, big characters, so to make this show a visual feast never seen before, a big LED screen was needed – a set design based around total interactive multimedia was formed and initially conceived by Director, David Atkins. David joined forces with Production Designer Eamon D’arcy, Lighting Designer Trudy Dalgleish and Technical Director Richard Martin to make this technical achievement come to life.

From the moment you enter the auditorium you are met with the proscenium arch trimmed with LED ropes that outline a giant 1960’s television to view all the on stage action which sets the 60’s mood. As the show begins the VuePix screen splits up in to 3 sections and can move upstage, downstage and an extra 8 screens come on stage to view and once the animation starts its set to blow you off your chair! This design of the screens moving is set to be one of the most challenging aspects of the entire show, and never seen before in Australian theatre.

The VuePix screens are fully interactive, with characters turning off images of light switches and televisions, opening and closing windows and also being able to jump into the animation itself, almost like a cartoon which is a delight for the audience.

Lighting Designer Trudy Dalgleish says “The show is a totally new way of presenting a theatrical visual design. For the first time the set (the screens) are actually a lighting instruments, so it was great to be able to fully integrate all design elements as sources of light. The show is a great big cartoon that the cast interact with and live in. I think the end product is amazing visually, its great to see audiences reactions when all the screens light up and they realise what they are about to see, and the overwhelming nature of the show visually”.

The bonus of having the VuePix LED screens as the main prop and design onstage is that it allows for very few stage crew, and also layers of media scrolls up and down seamlessly jumping from one scene to the next. Live video is fed to the screens at numerous points in the show and on occasions characters are even followed around by animated shadows, and the beauty of the VuePix LED screens is that it makes up the entire set. There was 3000 individual media objects loaded into Only View which played the show back. Most of the animation and lighting cues were automatically cued using time code. The creative content on the screens was by Content Director Robbie Klaesi with content designs by Tracey Taylor.

The Hairspray prod uction has now moved on to its next venue in Sydney, with its past success being enjoyed by the new crowds.