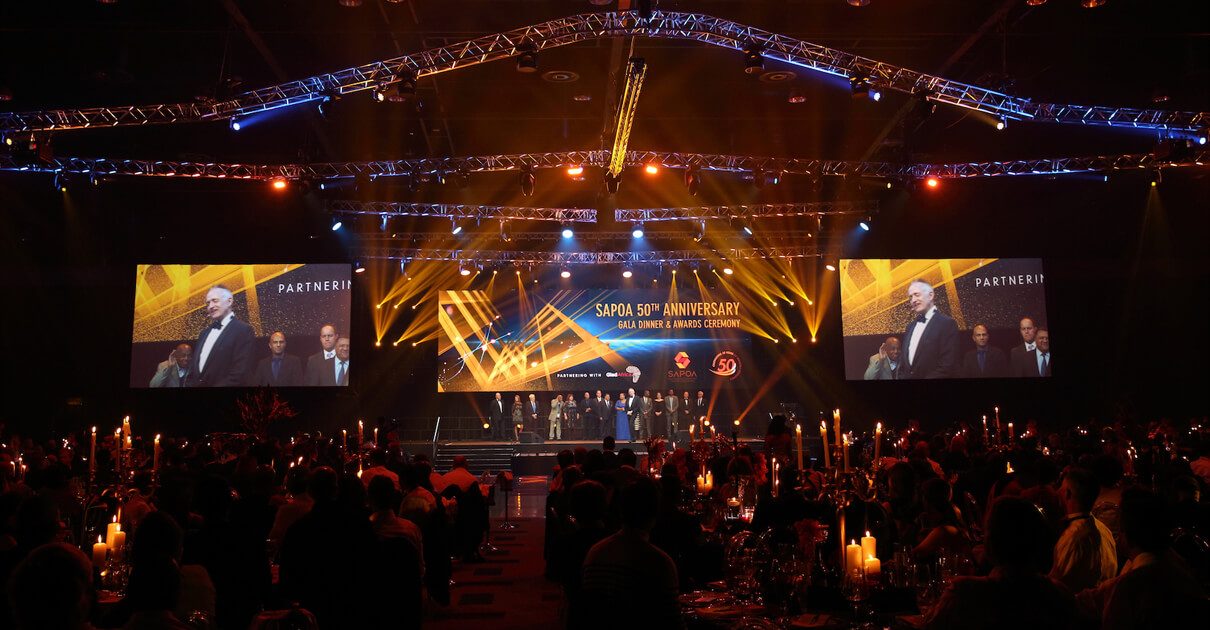 MGG Productions from South Africa were called upon to supply the full technical for the SAPOA Annual Convention, which celebrated its fiftieth anniversary at the Sandton Convention Centre’s Pavilion Venue in Johannesburg. For this top-notch occasion, MGG asked lighting designer Francois van der Merwe from Wizardry Group to design both the conference and banquet styled show. 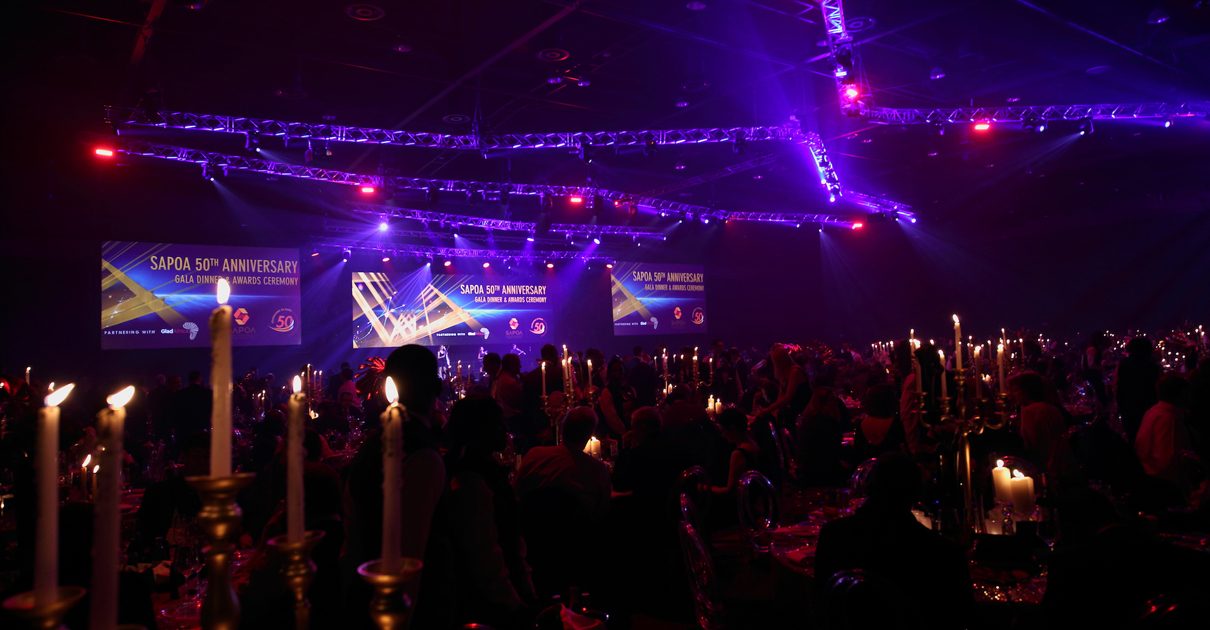 The South African Property Owners Association (SAPOA) is the representative body and official voice of the commercial and industrial property industry in South Africa. As they wanted something extraordinary for their golden celebration, MGG incorporated the largest VuePix configuration they had ever built comprising of some 200 x Q3 3.91mm panels. 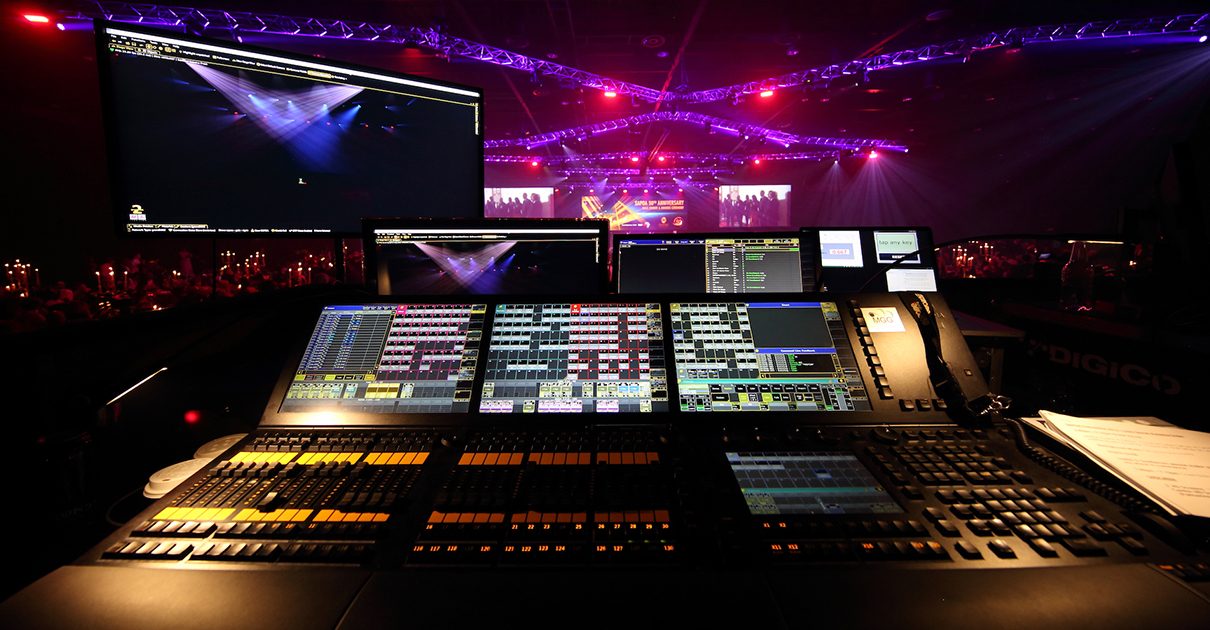 The event kicked off in the conference room where a 28m x 4.5m VuePix L6 Series 6.67ml Blend screen was erected. “I designed this site but Rianda van Burick from MGG ran the actual show on a grandMA2 light,” said Francois. 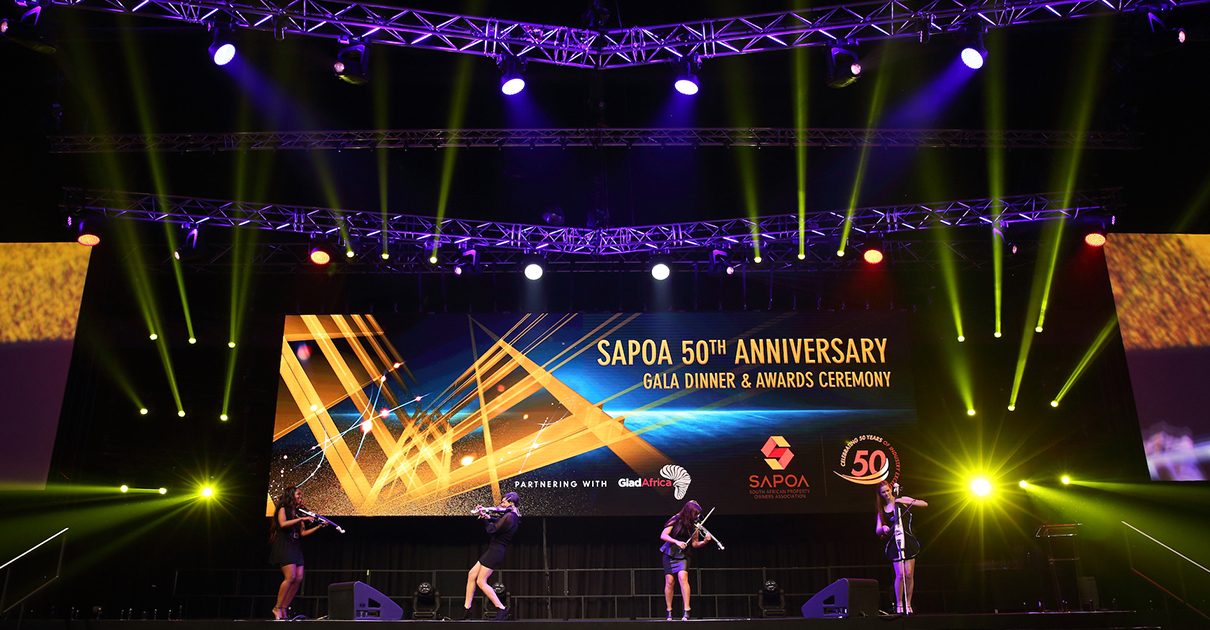 For the actual show, MGG used this event to showcase the 200 x Q3 3.91mm panels from VuePix. “The greatest challenge was the weight and hanging the actual panels. The back truss with the screen on it came to 2.6 tonnes.” The screens created the spectacular effect the client was after.

The show was smooth sailing and looked world class. “I love working with MGG, they have a good crew and they know what they’re doing,” ended Francois. “They do things right. There is one way and that’s the right way. They don’t take shortcuts and that’s the only way to do it.” 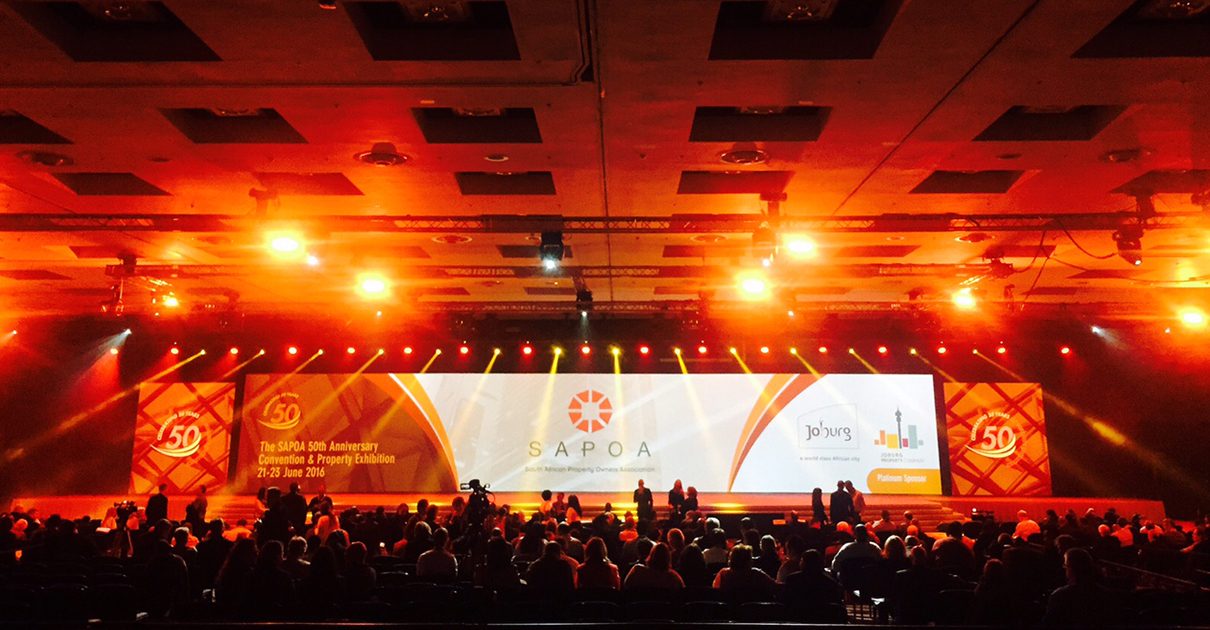 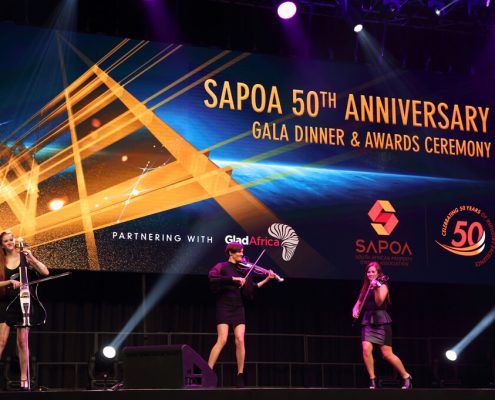