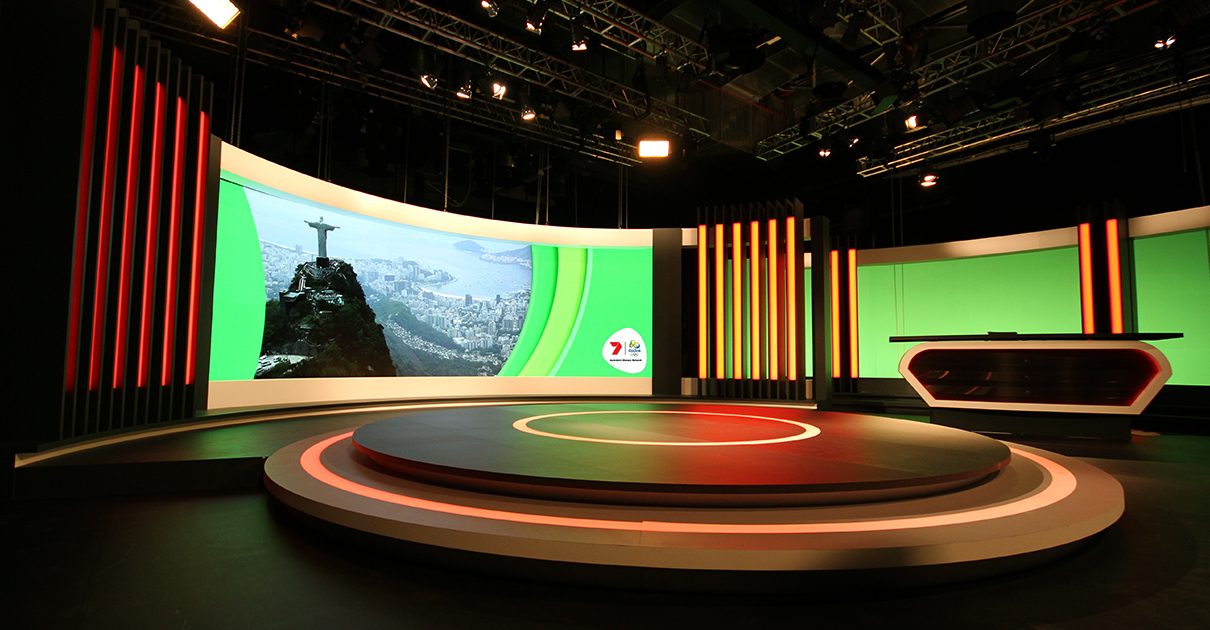 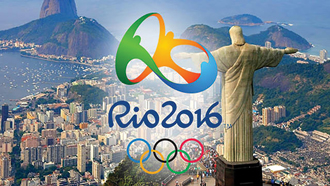 The Olympic Opening Ceremony at Maracana Stadium in Rio de Janeiro, Brazil kicked off the Games of the XXXI Olympiad.
It is the first time that the World’s most watched sporting event is hosted in South America with a record number of countries participating in a record number of sports.
NBC Olympics, a division of the NBC Sports Group, has selected NEP Group to provide mobile broadcasting and engineering consulting for its production. “NEP is proud to support NBC on its coverage of the Rio Olympics and continue our relationship that has spanned every Winter and Summer Games broadcast over the past 28 years,” said Deb Honkus, NEP Founder and Chairwoman.

Channel Seven was awarded the rights to broadcast the Rio 2016 Olympics in Australia and is mounting the largest, most comprehensive sports coverage ever seen in Australia. The centrepiece of this coverage is the Rio Central studio.

The NEP team approached the ULA Group to provide the HD Screen for their Rio Central Studio set. “We needed to come up with a fully customised curved screen solution”, says Nathan Wright, VuePix Product Manager at ULA Group. “Our VuePix S1mm technology screen was an ultimate choice for the set, thanks to its high refresh rate it eliminates any problems with moiré effect for cameras in TV environment”.

“Our VuePix S1mm technology screen was an ultimate choice for the set, thanks to its high refresh rate it eliminates any problems with moiré effect for cameras in TV environment”. – Nathan Wright 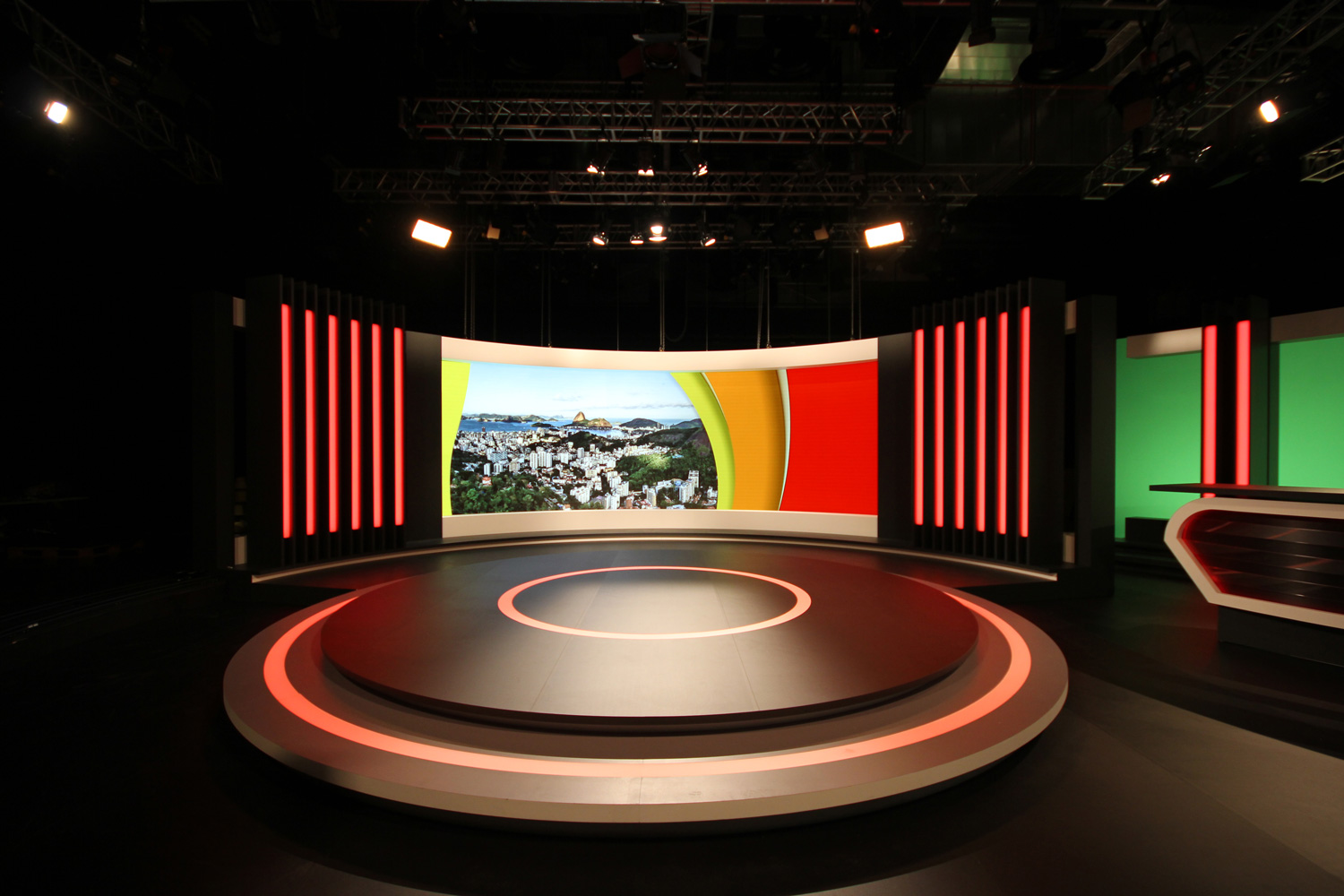 “The biggest challenge for the Rio screen was to get the curve to perfectly match the TV set”, explains Nathan. “We produced a customised curved hanging system, similar to those that we use for our VuePix E and C series, to work with our S series for this set.”

The screen consists of 80 panels in 16 x 5 configuration, making it almost 7.5m long and 2.3m high. With the native resolution of over 4,000pixels horizontally and 1,280 pixels vertically, it features the impressive 5.2 million pixels

The content is run and fed to the screen via Avid Media Servers.

The whole team at NEP Studios is extremely happy with the screen. Angus Millar, Head of Production at NEP, comments: “The team at ULA were able to deliver a superb, bespoke high resolution LED screen solution for our Rio Central studio. We wanted to supply our client Channel Seven with the highest quality big screen display available and ULA were able to deliver ahead of time. The stunning display is matched only by the commitment and quality of the ULA team who overcame considerable technical challenges to make this work.”

“Once again it is with great pleasure to work with Soames Treffery and Angus Millar of NEP and their teams on the World’s largest broadcasting event.” – Cuono Biviano, Managing Director of ULA Group / VuePix Infiled

Cuono Biviano, Managing Director of ULA / VuePix group comments: “Once again it is with great pleasure to work with Soames Treffery and Angus Millar of NEP and their teams on the World’s largest broadcasting event.”

“Our VuePix S1mm technology went through a challenging process of evaluation to be selected as the perfect fit to meet the dynamic digital demand of this unique TV set”, explains Con. “The key points were for the image quality to be second to none, look like a painted canvas and to ensure there was zero moiré reproduced by the cameras. The S series is the flagship and testament to the VuePix platform to deliver the highest advancements in digital LED technology in today’s market.”

“We wish NEP and Channel 7 and the associated networks a successful broadcast and all the Australian and competing nations a sensational and memorable Olympic games”, says Con.
The Olympic Broadcast will run for 18 days and will see more than 10,500 of the world’s best athletes from 206 countries to compete for 306 sets of medals in 28 Olympic sports.
The XXXI Olympiad will be concluded in a big style with closing ceremony taking place again at the Maracana Stadium on 21st August.

About NEP
NEP is the leading worldwide provider of outsourced production solutions offering technical services for remote production, studio production, video display, host broadcasting, post-production, smart asset/media management, multi-screen delivery and end-to-end OTT solutions. NEP’s team of more than 2,000 employees are driven by passion and a focus on technical innovation, and together they have supported productions in over 65 countries on all seven continents. NEP has recently acquired Mediatec Asia Pacific, an Australian leading supplier of large display solutions.