FOX SPORTS have recently installed two new sets in their Pyrmont studios, designed by Mal Nichols from Mal Nichols & Associates. ULA has provided solutions to Mal with a new customized VuePix P10 screen which includes a customized airflow system which minimizes fan noise for recording on set, with a higher refresh rate.

When Mal was asked by FOX SPORTS to come up with a new approach through a screen for the set, he wanted to try a new form of visual display. Mal says “I was asked to create a more graphical approach to the set. I chose VuePix as I wanted to create a new integrated style using LED away from Plasma displays which have been used a lot. I also chose VuePix because of the flexibility and user friendliness with the DMX in the studio control area”.

Mal’s influence behind the set design was to have the set marry up to the concept of the initial graphic brief where elements have been used utilizing shiny surfaces, elements of perforations/pixels mimicking the LED Screen/Stainless steel and LED lighting effects.

Mal says “I was asked to create a set that became versatile with lighting shades and colour to enable a day time program to be bright and a night time show with warmer subtle tones”. To do this, Mal chose to use RGB Flexi LED tape to bring his design to life enabling a seamless glow around the curved surfaces and endless variations through RGB and dimmable control.

For the first time VuePix has been used in a host studio environment. Mal says “The lumen’s were at an acceptable level in the RGB Flexi LED tape and the images on the VuePix screen came to be surprisingly clear when we pushed the boundaries”. 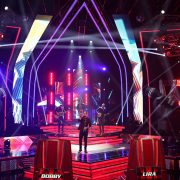 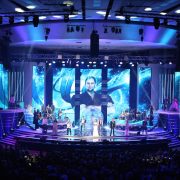 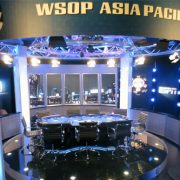 Another Poker prize for VuePix 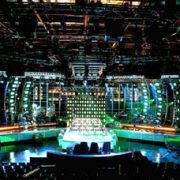 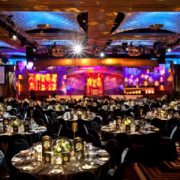 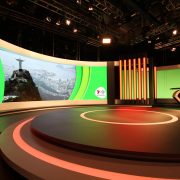 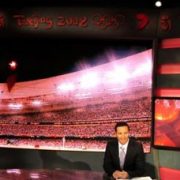 VuePix on Show for Chinese Karaoke Competition
Scroll to top