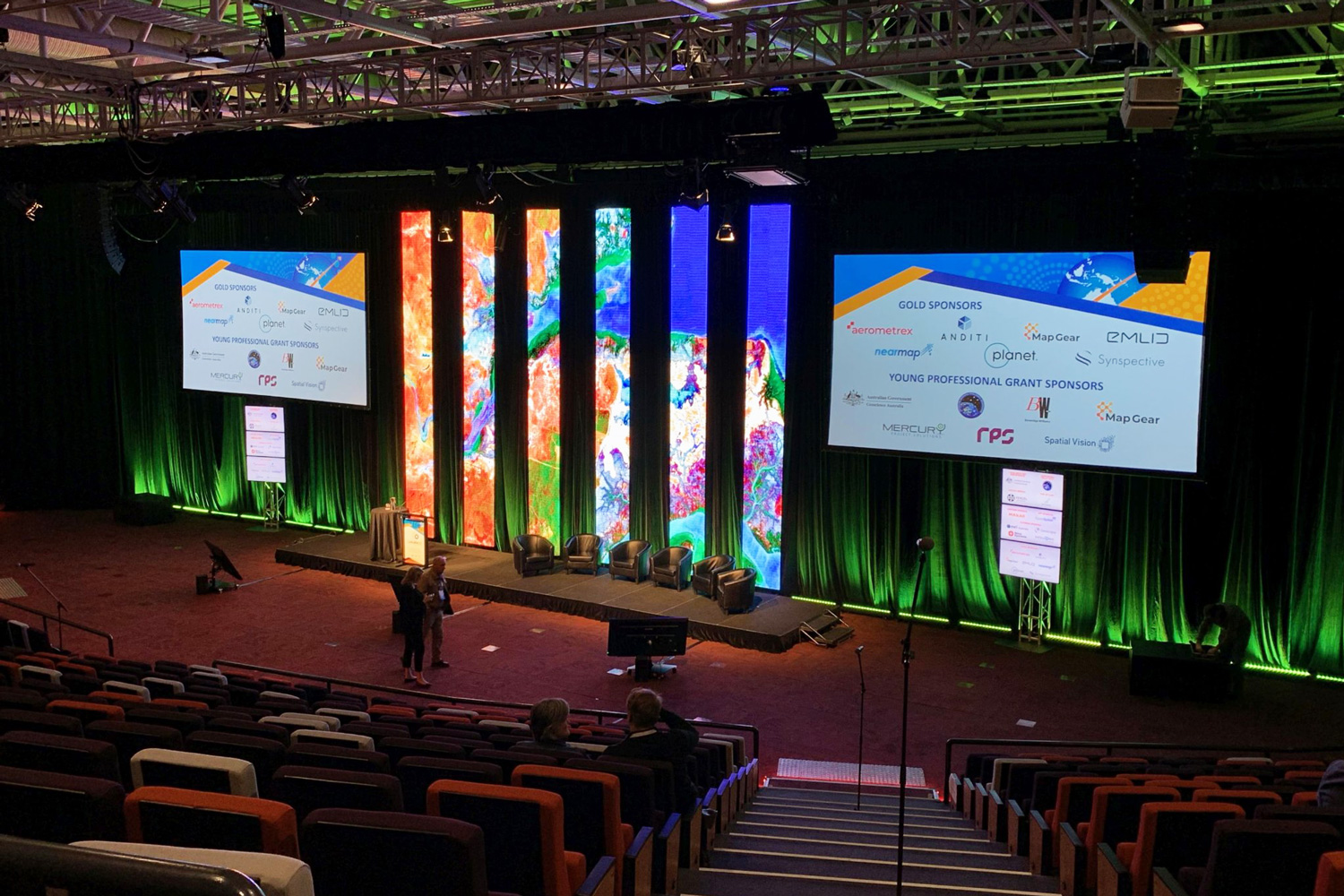 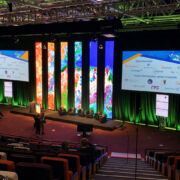 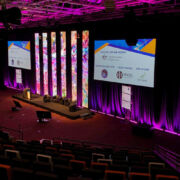 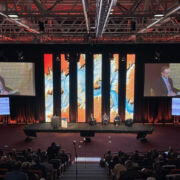 The Elite Event Technology (EET) team delivered yet another first class AV production at The National Convention Centre in Canberra, this time for Locate22 – the surveying and geospatial annual event.

VuePix Infiled LED mesh panels were set up at the main stage in the Royal Theatre, creating a vivid backdrop for all the speakers and presentations. The screens were suspended from the truss in 6 huge columns, each consisting of 20 panels. The EET team used their E12 mesh screen for this gig, as all of their other 2000+sqm of the VuePix Infiled screens were used on other productions at the same time. The investment in E12 panels was one of the first EET made in VuePix screens, over 10 years ago … “and they still perform flawlessly and look great on camera!” says Darren Russell, MD of EET. 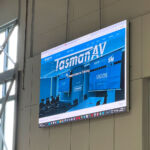 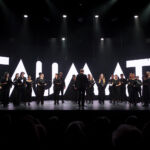